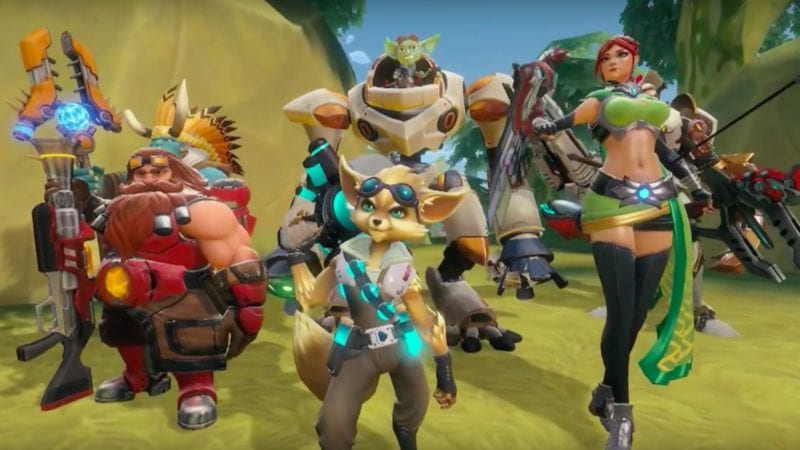 Smite developer Hi-Rez Studios has been accused of copying the general style and character roster of Blizzard’s Overwatch with their new team-based shooter Paladins: Champions of the Realm, with the allegations having grown more severe since the game entered its open beta on Steam starting September 16.

According to IGN, Hi-Rez Studios’ chief operating officer Todd Harris claims Overwatch “was not the inspiration for Paladins”, stating that heroes similar to Blizzard’s successful team-based shooter were already playable back when Paladins was in its early beta, which was before those characters were even confirmed to be in Overwatch. The COO has since uploaded a post that sheds some light on Paladins’ development.

Harris’ statement can be read in full below:

“While Overwatch is a fine game, it was not the inspiration for Paladins. Game development is an interactive process with ideas coming from many past projects. For the hero shooter genre, the game that deserves the most credit is Team Fortress 2. We released a TF2 inspired class-based shooter called Global Agenda way back in 2010. Paladins was conceived as a fantasy version of Global Agenda and of the approximately 85 combat abilities currently in Paladins, the vast majority are from the game Global Agenda we made 10 years ago.

“Given the marketing of Overwatch many people do not even realize that some of our champions, like the mini-gun mech (Ruckus) and the ice block character (Evie), were available and playable in the Paladins Beta long before similar character abilities were shown in Overwatch. And specific features, such as Chests, were also demonstrated in Paladins ahead of Overwatch. People who are interested can see all this early gameplay footage on YouTube and come to their own conclusions.”

As shown in a popular mocking YouTube video, there are quite a few characters bearing strong resemblances to the heroes presented in Overwatch. There’s a character named Makoa who uses a hook to pull in enemies alongside a short-range cannon like Overwatch’s Roadhog, for example, and Drogoz who uses a jetpack and fires rockets akin to Pharah.

Some other similar heroes (both in terms of skills and their general character models) are the dwarf-like Barik who builds turrets like Torbjörn, the bow-wielding Cassie who plays similar to Hanzo, and Fernando, who can charge enemies and summon a wider shield reminiscent of Reinhardt.

The similarities sure are overwhelming at times. IGN had reached out to Blizzard for further comments on the matter.

Paladins is available now on Steam in its open beta state, completely free of charge.