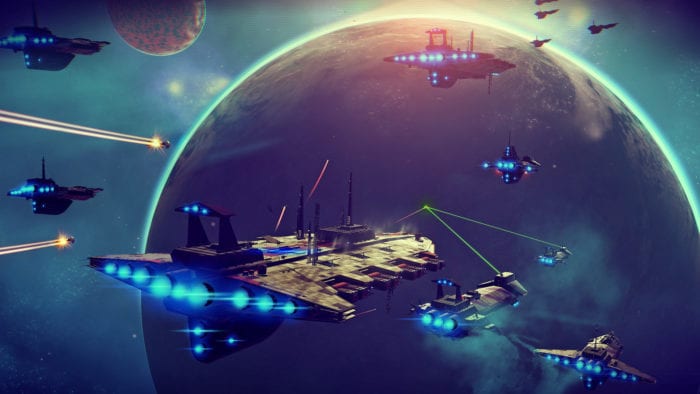 There have been no shortage of complaints about No Man’s Sky’s inability to live up to the perceived promises of its marketing campaign since the game released in August. Now, the UK’s Advertising Standards Authority (ASA) is looking into whether or not those complaints are justified, reports Eurogamer.

The ASA, which is a self-regulating agency for the UK’s advertising industry, decided to open its investigation after receiving multiple complaints about No Man’s Sky. During its investigation, the agency will look into developer Hello Games as well as Valve because of issues relating to allegedly misrepresentative images, trailers and general information on the game’s Steam store page.

While the ASA was unwilling to give further insight into the nature of its investigation, a Reddit post from one of the supposed complainants sheds some light on the matter. Reddit’s AzzerUK stated that the complaints about the game’s screenshots revolve around in-game structures and buildings, creature sizes, and the behavior of ships and sentinels. Unhappy gamers also complained about user interface design, structures and buildings, aiming systems, the behavior of ships and animals, the flow of water, the scale of space combat, the speed of galaxy warps and loading screens.

In regards to the information listed about No Man’s Sky, complainants are displeased with the description of No Man’s Sky’s graphical fidelity. Further, gamers took umbrage with references to trade convoys between stars, territorial skirmishes between factions, and a lack of loading screens.

Although, as mentioned, the entirety of these complaints center around the Steam store page, the ASA told AzzerUK that it would “ensure the advertisers are made aware of any points relating to other marketing material under their control” like Hello Games’ website and YouTube channel. Because the outcome of any ASA investigation is “cross-applicable to other marketing making the same claims, so any decision reached in relation to the Steam page would apply to other advertising for No Man’s Sky where the same (or materially similar) claims appear.”

As is the case with all Steam games, No Man’s Sky customers are eligible for refunds from Valve within 14 days of their purchase date, so long as they’ve played the game for fewer than two hours. While not part of the ASA investigation, a version of No Man’s Sky is also available on PlayStation 4, but Sony has maintained its own standard refund policy, which is to say that there is none.

AzzerUK told Eurogamer that he has not asked for a refund of his own, but that he did feel misled by the game’s advertising, which he wishes to see “brought down to earth a bit more.”

“I figured that if we want Steam store pages for games to start falling in line and stop misleading consumers, then it would take consumers to point these problems out to the ASA, rather than all sit around on Reddit complaining to each other but assuming that it’ll all get sorted by itself eventually,” he added.

The ASA is empowered to make advertisers withdraw marketing materials it finds to be in breach of its code of conduct. If an advertiser refuses to comply, the ASA can hit it with sanctions like requesting websites remove the advertisements.

Earlier this month, Sony Worldwide Studios President Shuhei Yoshida sympathized with consumer complaints about No Man’s Sky’s marketing and PR campaigns. “I understand some of the criticisms especially Sean Murray is getting, because he sounded like he was promising more features in the game from day one,” Yoshida said at the time. He added that the game had lacked “a great PR strategy.”