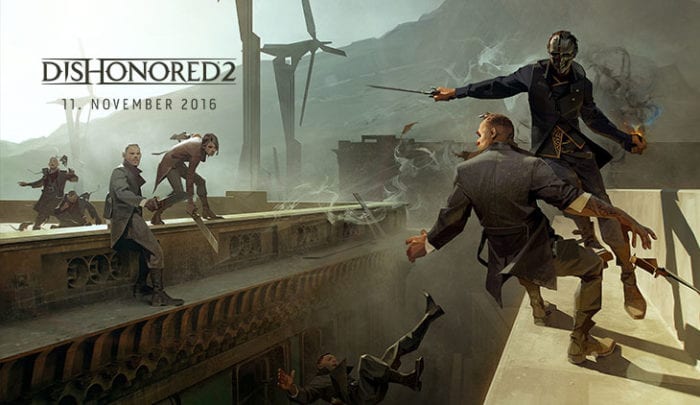 Corvo Attano was the protagonist of the original Dishonored. As a man framed for murdering the Empress, he came across the Outsider and used the supernatural powers gifted to him to bring the real killers to justice. He’s back for Dishonored 2, sharing the lead role with his now adult daughter, Emily Kaldwin. (You’ll be able to choose which of them to play as at the start of the game.) If you thought the assassin had lost a step in the 15 year gap between the two games, this trailer should dissuade you from thinking that.

The trailer showcases some of Corvo’s old powers, like his handy Blink ability and disturbing rat summoning power from the first game, along with some stylish new finishing moves to enact on his enemies. It’s like a ballet of murder, and he wouldn’t be Corvo Attano if he didn’t also still have that really creepy mask to wear.