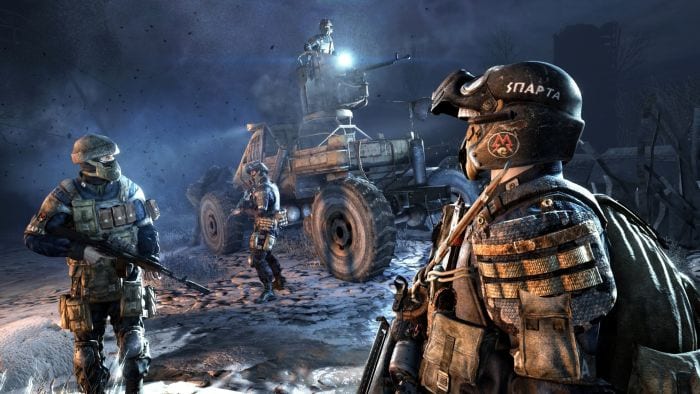 Developer of Metro 2033 and Metro: Last Light, 4A Games, is gearing up to show off its next game, and being rather coy while at it. The developer has posted cropped images of what looks like a gameplay screenshot on their Facebook and Twitter pages. It is also apparently having the time of its life making hand puns, by the looks of it.

The teaser images strongly hint towards a sci-fi setting for the game, but it looks like 4A Games is ditching the rust and grime of post-apocalyptic Russian subways in favour of a more futuristic helping of holographic displays, fancy space gloves and hexagons. The Twitter screenshot has what looks like a snowy environment in the background, while the one on Facebook features blood-stained walls and what appears to be a gun of some sort. So yes, expect violence.

4A Games, originally based in Ukraine, moved to Malta in 2014 following the crisis in Ukraine. After the move, it released remastered versions of Metro 2033 and Metro: Last Light, bringing the games to PS4 and Xbox One. The game its teasing will now will be the first original game developed by 4A Games since the move.