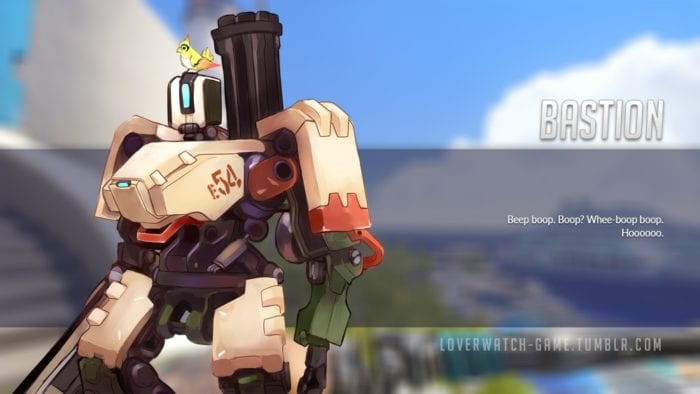 The Overwatch fandom is a little nuts, so it really shouldn’t come as much of a surprise to see the existence of Loverwatch, a dating sim where you get to play a custom character and date the iconic heroes. Speaking with Kotaku, developers Lucy Morris and Damian Reece spoke a little bit about the development process of the visual novel, and what fans can expect from it.

To start, Loverwatch won’t feature all 21 heroes on the roster due to budget constraints, and the sheer amount of writing and content that has already gone into the three routes included in the game. At present, the game will allow players to romance Mei, Bastion, and Genji. There may be additional routes included in the future, but it looks like only these three heroes will be available at launch. Morris and Reece also addressed DMCA concerns, and though they haven’t heard back from Blizzard just yet, the team has been focusing a lot on being respectful towards the IP, and they’ve also clarified that the game will not contain any sexual or R-rated content.

Overall, Loverwatch actually looks like a pretty interesting dating sim that might provide supplementary content that enriches the heroes that we’ve come to know and love. Development on the game is almost done, but it’ll still be a little while before we see an official release.