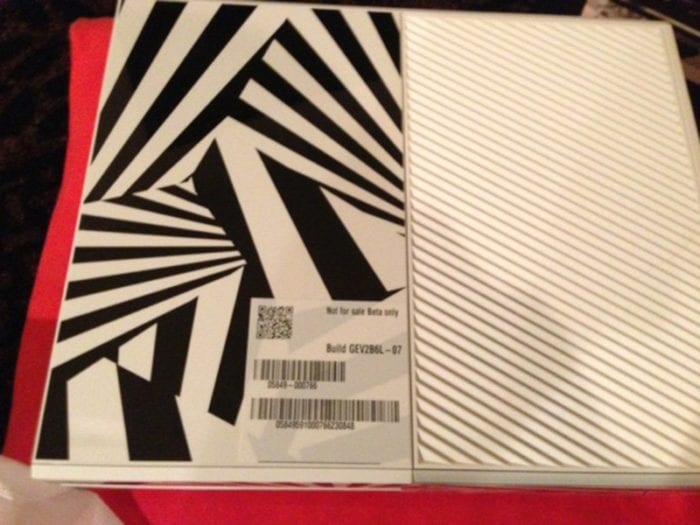 There is, perhaps, nothing more exciting in gaming than the launch of a new games console that brings the industry into the “next generation.” Gamers and reporters hoover up every announcement, prediction, and rumor they can find, and many try to get their hands on the new hardware early. In 2013, one man did just that without even trying.

Jia Li of Miami was able to get an Xbox One beta console in March of 2013 — two months before Microsoft had even announced the Xbox One — and it was completely by accident, reports Business Insider. How does something like that happen? Well, the particulars are still not entirely known outside of Microsoft, but it had something to do with the company trying to hide its shiny new console in plain sight in an attempt to avoid just this sort of thing happening.

Paranoid about leaks ruining its carefully planned May 21, 2013 Xbox One coming-out-party, Microsoft decided the best way to keep its Xbox One betas from finding their way into the wild was to leave them laying around in a relatively unsecured part of one of their shipping facilities. The idea being that Microsoft employees wouldn’t think they were anything special. It apparently worked, just a little bit too well.

Li placed an order for a laptop that would have been shipped out from this very facility. Instead, through either a computer or human error, a beta Xbox One console was sent his way and arrived on March 23, 2013.

“The box had a lot of security tape over it,” Li told Business Insider. “So I was wondering, ‘What is that?’ I opened it, and it’s something I’ve never seen before.”

While today Li does own both an Xbox One and PlayStation 4, he described himself as not being that big of a gamer. Nevertheless, he’d heard the scuttlebutt around what gamers were cheekily calling the “Xbox 720” prior to Microsoft’s revealing it as the Xbox One. After finding the console complete with a pile of international plugs and paperwork, he powered the mystery box up and saw “kryptos” on his screen.

Kryptos and “Durango” were the two codenames used internally by Microsoft before it unveiled the system to the world. Li held onto his beta console for a bit before eventually working out a deal for Microsoft to come collect it in person and give him the laptop he had originally ordered along with a free Xbox 360 and Kinect in exchange.