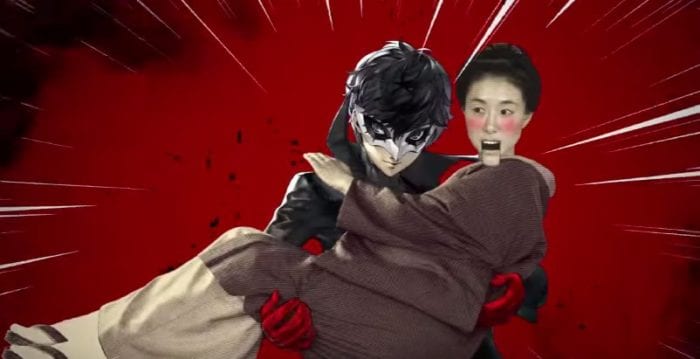 One of the many things shown off today by Sony during their PlayStation meeting, was the official announcement of the PlayStation 4 Slim, a new model of the console that will become the basic model along with a new price of $299.

Japan is also getting the Slim of course, and it just so happens to be on the day that another big video game thing releases, Persona 5. Sony has partnered with Atlus to cross-promote both the PS4 Slim and Persona 5, with a very strange video ad full of singing, money tornadoes and plenty of other things.

In the video the singer poses as Ichiyo Higuchi, a prominent writer and poet from the Meiji era who appears on the 5,000 yen note. Of course, 5000 yen is equivalent to the amount of the price drop the PS4 Slim is receiving from the original PS4 in Japan dropping it from 34,980 to 29,980. You can see the Phantom Thief break the singer out of a prison cell, as they run off together and have a wonderful time, and whatever else is happening in this video. You can take a look at it down below, and hopefully the marketing for Persona 5 in the west will be just as colorful.

On top of just general marketing, a “PlayStation 4 Persona 5 Starter Limited Pack,” is being released in Japan boasting a 1 TB version of the Slim, a copy of Persona 5 and a download code for an original PS4 them and avatar pack. The bundle will cost a total of 39,980 yen.

Persona 5 launches in the U.S. on February 14, 2017 for the PS3 and PS4. You can see the newest TV spot for the game featuring Futabu Sakura right here, and then see more details on detective Goro Akechi and after school activities here.

What do you think of Persona 5’s Japanese marketing? Is your favorite part the money tornadoes, lovely song or even something else? Let us know down in the comments below.