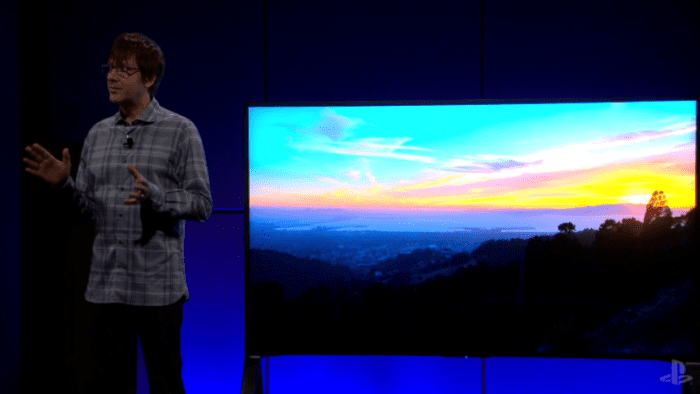 The PS4 Pro will be most useful for those that possess displays or TVs that can support both 4K and HDR. High-dynamic-range imaging is still a relatively new technique that calculates lighting more efficiently, and results in a greater range of luminosity. As Sony explained today during the PlayStation meeting, “conventional” displays like the TVs most of us use today, can only display a fraction of the color spectrum that the human eye is capable of perceiving. HDR TVs do a much better job of broadening this spectrum, enhancing the contrast ratio and enriching the colors you can see on screen.

Of course with HDR you also have to have a second part for the full effect, the source. With an HDR TV you have the input that has those capabilities, and now with PS4 Pro the source will have the ability to display HDR through games as well.

Now the good news for all of this is that HDR technology, while new and fluctuating, is generally easier to integrate into a TV than 4K technology is. For this reason, Sony will be releasing a free update to all existing PS4 hardware, enabling them for HDR displays even if you don’t have a 4K display. Mark Cerny, the architect of the PS4, also showed off some footage of Days Gone, Uncharted 4 and Infamous First Light all using HDR capability, showing how they can achieve a level of photorealism unseen before.

In short, to get the full effect of the PS4 Pro’s improvement you will of course need a 4K or HDR compatible TV, but HDTV owners won’t just get left in the dust. The extra processing power of the Pro will enable developers to implement small visual enhancements for games when they display on an HDTV with something called “Forward Compatability.” One example used during the meeting was Ubisoft’s upcoming For Honer, which uses the extra power to boost the visual density of scenes and also bring some of the impressive richness of the 4K graphics over to lower resolution displays. So any way you look at it, the PS4 Pro is a visual boost for your games, over the existing model.