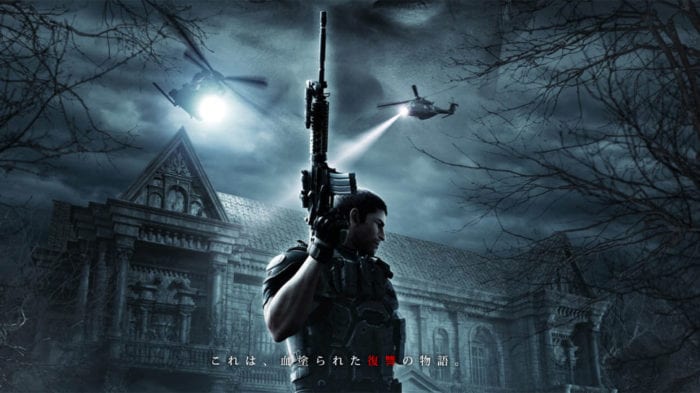 Biohazard: Vendetta is the brand new CGI Resident Evil movie from Capcom and Kadokawa animation. While story details haven’t been released just yet, the new trailer does look pretty intense. And the CGI is on point, as always. You can check out the new trailer down below.

Chris will be making his CGI movie debut in Vendetta, but I gotta say, his character model is looking a little bit weird here. But other than that, the movie seems to take place in yet another large mansion where there will be zombies milling about. Leon was also featured in the trailer, but his role is still unclear. We also got a glimpse of the main antagonist in the movie, but we have no clues about his identity just yet. It’s always possible that it could be Wesker, since that guy can’t just seem to die, but it could be someone from the Ashford family as well.

Biohazard: Vendetta will be hitting theaters in Japan in early 2017. There’s no word on whether the movie will be getting an English release just yet, but it likely will, considering that the past two CGI movies have made it stateside.