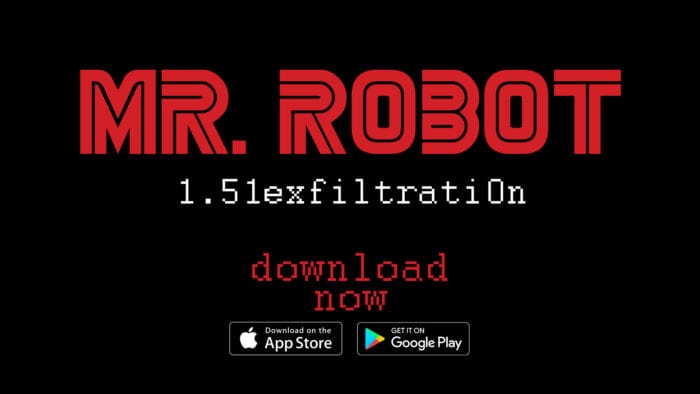 The rumors were true after all; Telltale Games was indeed working on a Mr Robot project, and it’s called Mr Robot: 1.51exfiltrati0n. Also, the game is now available for download… but only on iOS and Android devices. Telltale has also released a quick behind-the-scenes video, explaining their inspiration behind the creation of the game. You can check out the interview down below.

‘Mr. Robot:1.51exfiltratiOn extends the narrative experience of the award-winning TV series, allowing players to become personally intertwined with the characters of the underground hacker group, fsociety. Players will be using the mysterious new E Corp Messaging App over the course of a week, playing in real time, and carefully communicating with its members as they race to recover data that is critical to their goals of hacking the multinational company Evil Corp.’

It’s a little disappointing to find out that Telltale wasn’t actually working on developing a new episodic series for this IP, but hey, you never know, this mobile game might be just as fun. And if this app turns out to be successful, it just might pave the way for a bigger project.