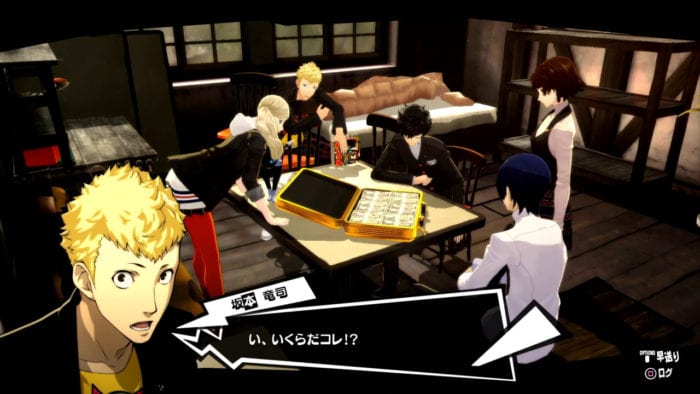 Atlus has released yet another gameplay video for Persona 5, which is only a month away from its official release in Japan. The video doesn’t show off any combat, but it does feature a special ‘spend time’ event with Ryuji where you can watch a sports program with him in the protagonist’s home. You can check out the new video below.

Spending time with your social link partners isn’t new to the Persona series, but we get a nice look at the affection ‘music notes’ that pop up whenever you spend time with someone, or pick the appropriate dialogue option. At the end of the video, the protagonist also gets an increase in his Performance stat. Of course, since this is the Japanese version of the game, it’s likely that ‘Performance’ will get a slight name change in the English version.

Persona 5 is set to be released for the PS4 and PS4 on February 14, 2017 in North America and Europe. The game will be released in Japan on September 15.