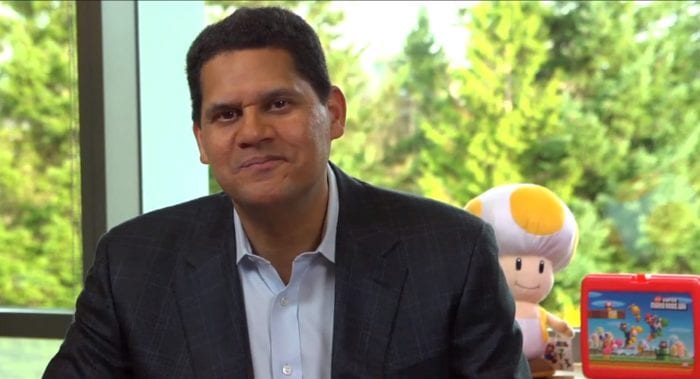 Just over a year ago, Nintendo announced that it has partnered up with Universal Studios in order to create a Nintendo theme park. We recently reported the news that the park aims to be open before the 2020 Tokyo Summer Olympics.

In an interview with Alist Daily, Nintendo of America president Reggie Fils-Aime discussed how well progress was going with the park and what visitors might expect to see when it opens.

“It’s a huge opportunity,” he said. “Between Universal and Nintendo are working tremendously well together.” He went on to stress that not only does Universal Studios know how to create parks, but the company also has a lot of respect for Nintendo. “What this promises for the guest at the Universal Studios theme parks is something that’s really magical.”

It seems the park will make full use of modern technology. We can expect standard theme park attractions as well as new experiences which take advantage of smart phone features.

Reggie explained, saying: “These theme park designers are considering that so many of their patrons have a smart device. They’re thinking about what that means to the overall experience. I’m not going to share anything in this interview, but certainly the Universal team is aware of it. Certainly it is something that they are considering as they work with us to create this theme park experience.”

A Nintendo theme park could certainly be hugely popular if pulled off and could well rival the likes of Universal’s Harry Potter world. It was reported earlier this year that over 40 billion yen ($351 million) has been invested in the project. If the project meets its targets, an opening coinciding with the 2020 Olympics would be a great way to launch the park.