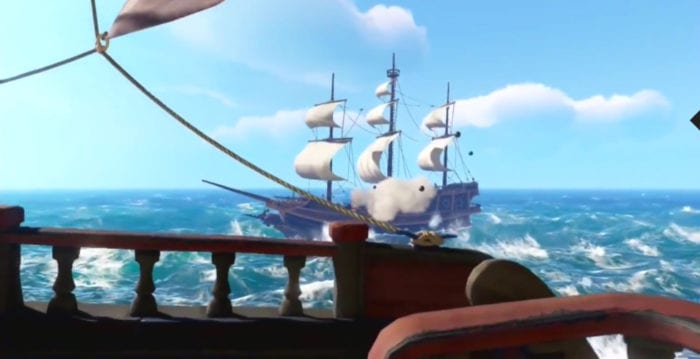 Sea of Thieves, the upcoming first-person online multiplayer pirate game, is looking pretty good so far. But players might still have some lingering questions or concerns about what exactly the game is all about. Rare has just released a new video, showing off some neat gameplay segments, as well as a brief explanation of what the game is and what you can expect from it.

While the game world won’t be densely populated with thousands of players and ships sailing the seas, Rare says that this is done so that every player encounter in Sea of Thieves feels special and memorable. There will also be mythical creatures like mermaids and krakens, and players will get the chance to really explore the seas and look for treasure. While the game is best enjoyed with a group of friends, Rare also mentions that you can play it as a single-player experience as well. If your friends aren’t online, or if you just want to dip into the world for a bit, you can certainly do so on your own. But there’s little doubt that most of the game’s charm comes from the joy of interacting with others.

Sea of Thieves doesn’t have a release date just yet, but it will be exclusive to the Xbox One and Windows 10.