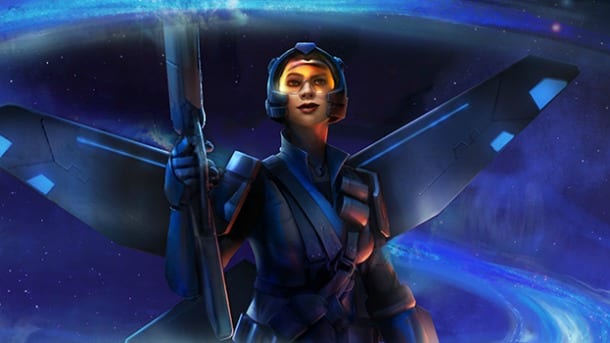 Evolve made an epic return to PCs earlier this month as Evolve Stage 2, a free version of Turtle Rock’s first-person co-op shooter that was originally released last year. Tomorrow, the game will welcome a new hunter. And she’s a medic, so that’s great news for all the players out there who love taking on more supportive roles.

Announced by Gamepedia, the medic, named Quantum Caira, will make use of her quantum powers to help heal up her team.

‘The newest Hunter is a variant of your favorite grenade-tossing Medic, Caira. Due to a surge in Quantum energy on a Wraith test site, Quantum Caira has a completely reformed arsenal that focuses on healing over time and zone control. With no burst healing abilities, this Hunter is challenging to master, but very effective when used correctly.’

Her abilities are as follows: