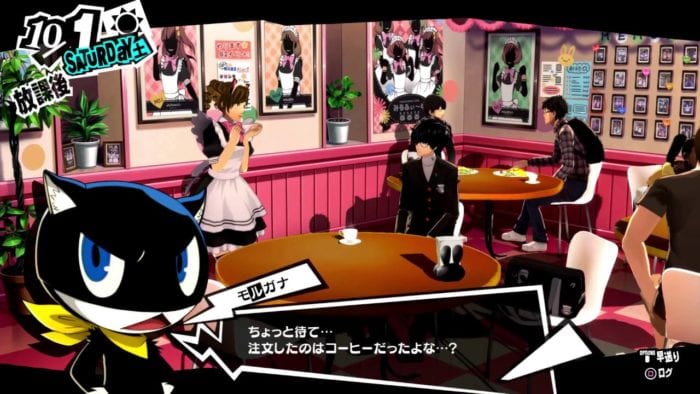 We’ve already seen gameplay videos of the Persona 5 protagonist hanging out with Ryuji, watching a movie with Futuba, and working hard at his part-time job. This past weekend, Atlus released yet another video showing off the protagonist visiting a maid cafe, along with Morgana the cat. You can check out the new video down below.

As you can see from the new gameplay footage, players will be able to purchase items from the maid cafe and interact with the waitresses. It also looks like spending time at the maid cafe will allow the protagonist to gain character stat boosts. This seems pretty similar to the tea house back in Persona 3, where the protagonist could increase his charm stat by hanging out there at night and sipping tea. Though a maid cafe is rather different than a simple tea house, the concept is largely the same here.

Persona 5 is set to be released for the PS4 and PS3 on February 14, 2017 in North America and Europe. The game will be coming to Japan on September 15.