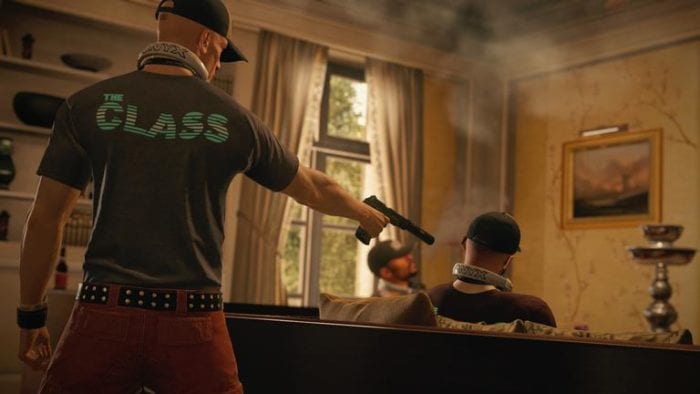 The summer of Hitman has been chugging along nicely, and despite people’s reservations about its episodic format, the game has had new content pretty regularly with the likes of Elusive Targets and special summer missions. But today, IO Interactive revealed the nature of the game’s next big episode, set in Bangkok, and when we’ll be able to play it.

Episode 4’s Bangkok destination is called “Club 27,” and will be the return of what has always been an impressive staple of Hitman level design; hotels. “A huge amount of people in the community love learning everything there is to know about the intricacies of each hotel; and we thoroughly enjoy creating these wondrous assassination locations,” said IO in their official announcement post.

“Your targets are rising rock star Jordan Cross, front man of trending indie band The Class, and Cross’ family lawyer, Ken Morgan. Both are currently residing at the luxury hotel as the band finishes its highly-anticipated sophomore album.”

This all sounds great, but the best part is that we won’t be waiting long for Episode 4’s release! It’s coming on August 16th for PS4, Xbox One, and PC.

Just two days ago, the developer released a fake music video for one of The Class’ songs, which you can check out above. One of the more peculiar marketing strategies we’ve seen, but at least the song is pretty good!