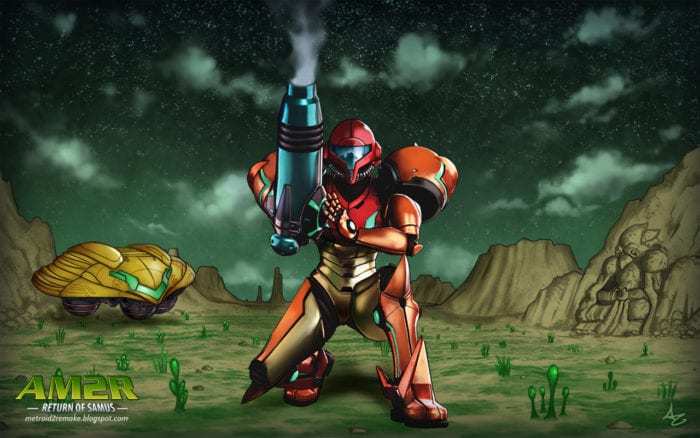 Yesterday, a fan-made remaster of Metroid II: Return of Samus was released to commemorate the anniversary of the series, which fans were very excited about.  The remake was essentially offered a remastered version of the original Game Boy game that included “new and updated gameplay mechanics,” according to Project AMR2, the team behind the remake which had many followers clamoring. Although not the best game in the series by many gamers’ standards, it was clearly enjoyed enough to warrant a remake.

Friends: Nintendo has hit us (meaning, our website host) with a DMCA takedown notice. We can no longer host the AM2R file. Sorry!

This is unfortunate. On the other hand, the team was not given permission by Nintendo to do so. Perhaps, at some point in the future, the remake by Project AMR2 will once again see the light of day.