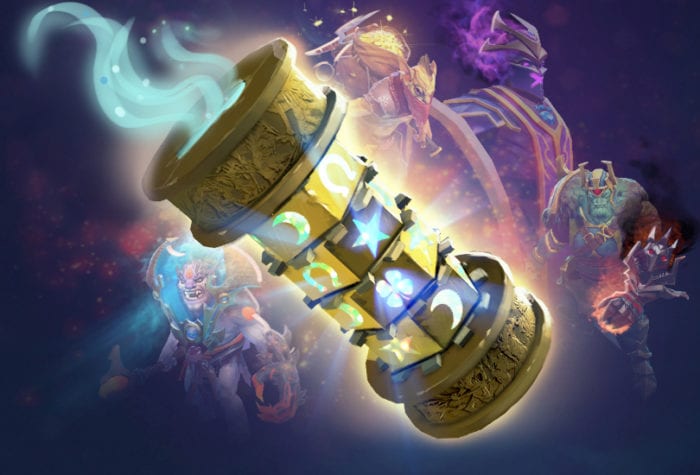 With The International 2016 just around the corner, Valve took the opportunity to announce a couple of brand new treasures for Dota 2. These aren’t just your regular treasures, however, as both of them contain exclusive Immortal items, as well as two Rare couriers.

Entitled Lockless Luckvase, the first Immortal treasure announced by the company contains the Hunter’s Hoard back piece for Bounty Hunter, the Dam’arakan Muzzle head accessory for Silencer, the Mulctant Pall armor for Lion, and the Blistering Shade arm piece for Wraith King. In addition, players also have a small chance of getting the new Krobeling courier, which looks like a pair of miniature Death Prophets.

The second treasure is called Trove Carafe and features Immortal items for a number of different Dota 2 heroes, including the Ripper’s Reel weapon for Pudge, the Latticean Shards claws for Nyx Assassin, the Infernal Chieftain helmet for Centaur Warrunner, the Nothlic Burden accessory for Dazzle, and the Silent Wake cape for Drow Ranger. As for the rare courier found within, this is another one of those 2-in-1 type of monsters, known as Bettlejaws and Boxhound.

If you’re one of those players who likes to stand out from the crowd, you may want to know that Valve also made it possible to get a special version of any of these items for those who are willing to pay a bit more. The items themselves will not look different even if they are more expensive, however, they do feature autographs from some of the most popular Dota 2 personalities like RedEye or LD, to name just a couple.