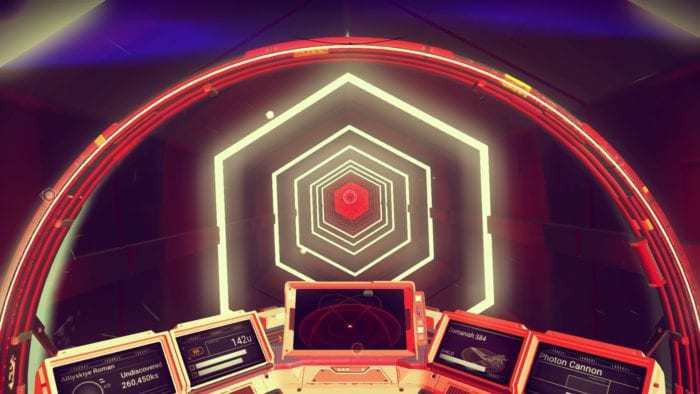 IF YOU WANT TO STAY BLIND, TURN BACK NOW

As you probably already know, your primary goal in No Man’s Sky is to make it to the center of the universe, but that’s not all you can do. On top of being able to freely explore millions of solar systems, completely ignoring the primary objective, you can also embark down another path that puts you in contact with some strange, alien being. At the start of the game, you’re introduced to the entity known as Atlas, and you’ll hear a lot about this being throughout your travels.

Atlas is more than just an idea though, you can actually go down a quest line that puts you into contact with it. We won’t spoil what the context of these meetings are, but we will say that it can potentially lead to an ending where you don’t get to see the center of the universe. Well, it will at least be delayed by a long period of time.

That means if you’re hell-bent on seeing what Hello Games placed in the middle of No Man’s Sky, you’re going to want to ignore the Blue Path and anything that has to do with Atlas. Stick to the Orange Path while warping with your Hyperdrive. This will ensure that you don’t have to do any back tracking later on.

If you happen to be exceptionally curious and want to see what Atlas is all about, you can follow the Blue Path, but make sure not to “walk away” when it all comes to an end. This will allow you to get back on track to your real goal, finding out the mystery that has everyone chomping at the bit.

For more No Man’s Sky help, check out our wiki full of guides and other tips!