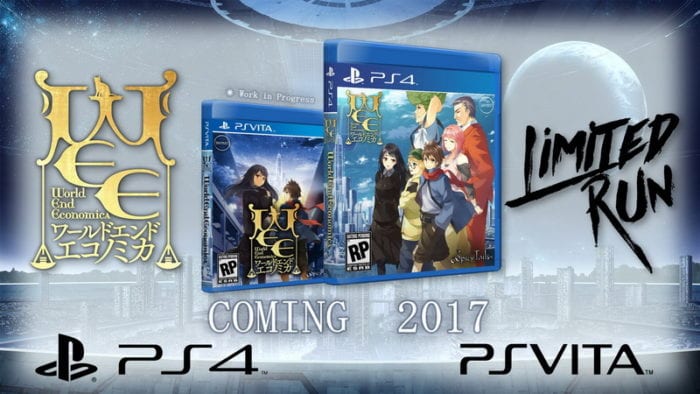 Sekai Project has just announced that they will be porting World End Economica over to the PS4 and PS Vita, and they’re aiming for a release date some time in early 2017. Who said visual novels don’t have place on consoles anymore?

World End Economica is a three-part visual novel series, and all three parts will be coming to Sony’s console and handheld next year. The game will also be getting a physical release in collaboration with Limited Run, and will feature reversible covers.

Here’s a short overview of the story:

‘Set in the far future on the moon, a mere 16 years after humans have begun to colonize it, a young boy named Haru has been chasing his wildest dream – a dream to stand where no man has stood before. But in order to do so he needs capital, a ludicrous amount of capital! What better place to seek out and raise that capital than the stock market? However, there are two key rules that govern the stock market:

Only those who follow these rules are able to obtain enormous wealth….’

Will you be picking this one up when it drops next year? Let us know in the comments down below