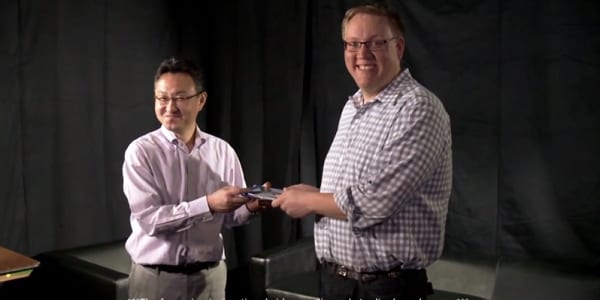 Today over Twitter, Adam Boyes, Playstation’s VP of Third Party Relations, announced that he’ll be departing the company to return to the world of game development. Boyes joined the company in 2012, where he began his job at building relations with indie developers for partnerships in the upcoming PS4.

After an incredible journey here at PlayStation, I've made the very hard decision to return to the world of game development!

Boyes took the stage at Sony’s E3 press conference in 2013 and showcased just how seriously Sony was courting independent developers with the PS4, a decision that has seen larger results today. In the early 2000’s, Boyes worked at Midway Games as an executive producer, as well as Director of Production at Capcom. He then worked at Beefy Media, a small video game consulting company, until its purchase in 2012.

In what is likely his most famous appearance, Boyes stood alongside Sony’s President of Worldwide Studios Shuhei Yoshida in the infamous “How To Share Games on PS4” video that aired during the company’s E3 conference in 2013, following Microsoft’s announcement earlier in that day that the Xbox One would have DRM restrictions. The salt was real.

Boyes gave no mention of where or what he’d be doing in the future, just that he’ll be reentering game development. What do you think of this news?

Animal Crossing Is More Appealing the Older You Get
To Top