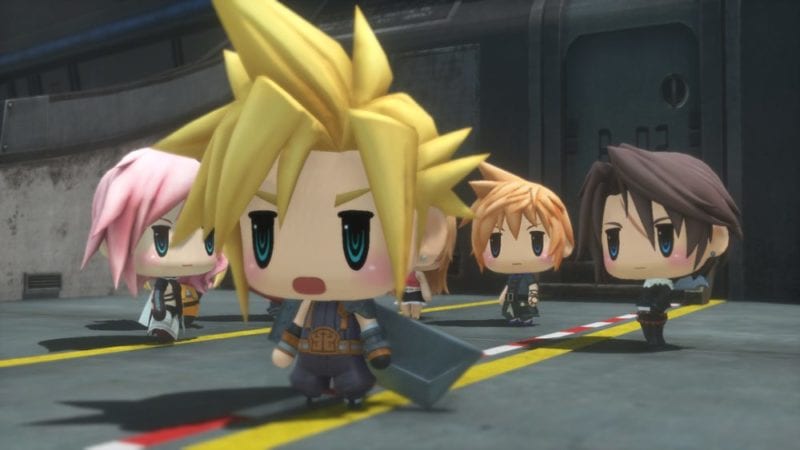 Square Enix has just announced the official release date for World of Final Fantasy, the chibi JRPG that’s meant to usher in a new generation of gamers to the Final Fantasy series. Along with an English trailer showing off the game and its protagonists, Square Enix has also released a bunch of new screenshots. You can check out the trailer down below.

Via a press release, Square Enix provided us with the game’s official description too:

“In WORLD OF FINAL FANTASY, players lead a pair of twins, Reynn and Lann, through the land of Grymoire on a search to rediscover their lost memories. Throughout their adventure, players will collect, raise and battle adorable beings of classic FINAL FANTASY lore, including cactuar, chocobo® and behemoth, to create customizable, strategic tower combinations to take on the most challenging of opponents.

WORLD OF FINAL FANTASY, a brand-new title in the FINAL FANTASY franchise, combines classic RPG gameplay mechanics with fresh and imaginative toy-like visuals to welcome both fans and newcomers to the series. Players will lead a pair of twins through varied FINAL FANTASY worlds and capture and raise such adorably familiar beasts as cactuar, chocobo® and behemoth to discover alternate forms and learn new abilities.”

Preordering the game will allow players to obtain Sephiroth from Final Fantasy VII as a summon.

World of Final Fantasy is set to be released for the PS4 and PS Vita on October 25 in North America.