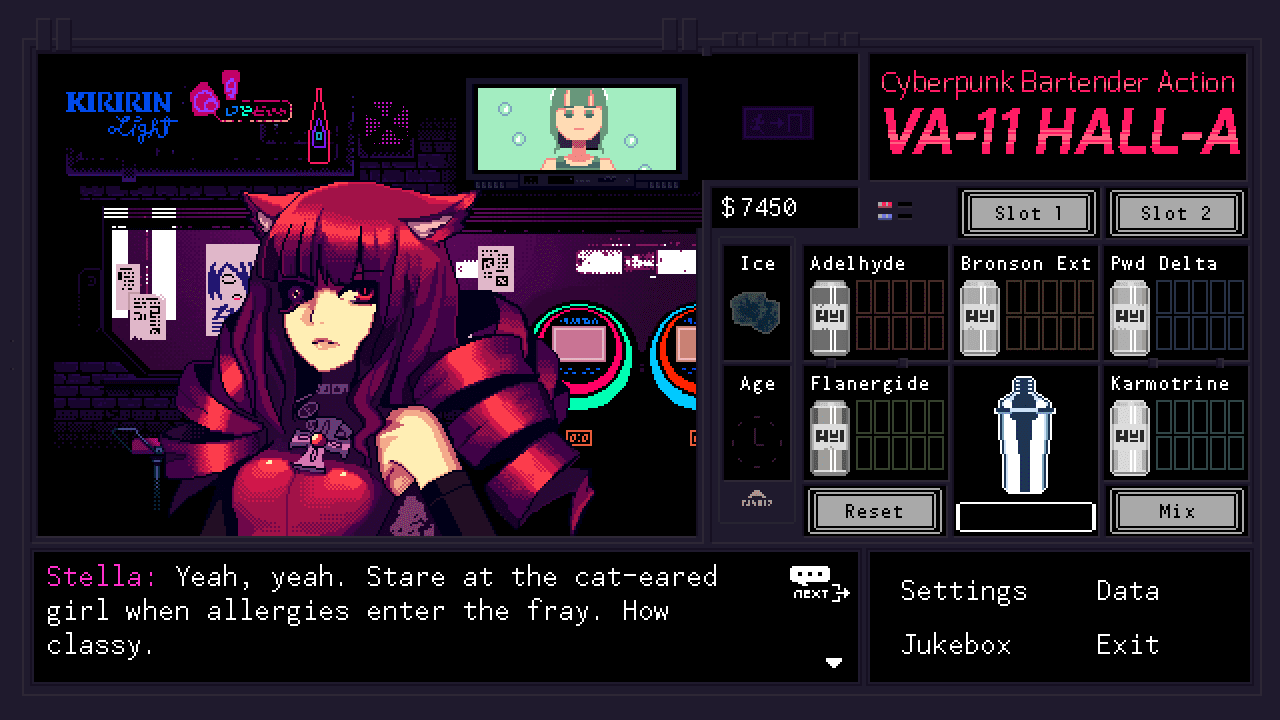 You might know it as the cyberpunk waifu bartending simulator, but it’s proper title is VA-11 HALL-A finally has a concrete release date. For PC, at least. Developer Sukeban Games has released a final trailer of the game, showing off all of the cool features that we’ll get to explore in this cool bartending simulator. You can check out the trailer down below.

I previewed an early build of the game late last year, and thoroughly enjoyed my experience serving alcoholic drinks to a bar full of dogs. From the looks of the trailer, it looks like we’ll even get to spend time at the protagonist’s own home, leafing through various magazines before she heads off for work each night. The trailer also gives us a glimpse of some of the many colorful characters we’ll get to encounter while tending the bar.

Sukeban Games has also mentioned on their site that the game is slated for an iPad and PS Vita release “if everything goes well.” Of course, these releases will come after the PC launch. VA-11 HALL-A is set to be released on PC, Mac, and Linux on June 21.