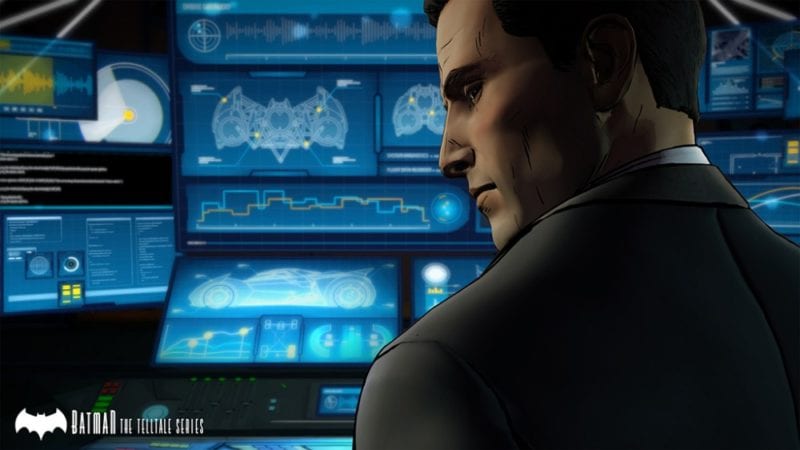 Telltale’s upcoming Batman series is full of choices – no surprise there – but is also looking to leverage Bruce Wayne’s dualistic lifestyle to deliver those Telltale decision-making moments. During E3 2016, Twinfinite got the chance to sit down with Telltale Games’ Job Stauffer in their fantastic Wayne Manor booth and talk about their upcoming Batman series. Stauffer gave a little more detail as to how player decisions with Bruce Wayne or Batman will affect the other and vice versa.

“It’s kind of like Batman is writing checks that Bruce Wayne will have to cash later, and while he may be a billionaire, there’s only so much a person can take,” Stauffer said. “It’s a delicate and emotional balance when you’re playing these characters.”

“He [Bruce] has to deal with the repercussions of being Batman… his behavior is observed by everyone and they’re really formulating their own perspective on Bruce as well.”

During the 30-minute hands-off demo we saw of the game’s first chapter, notorious crime boss Carmine Falcone arrived uninvited at a Wayne Manor gala raising money for Harvey Dent. “You have to make a tough decision there as well,” Stauffer said. “Are you gonna shake this guys hand, are you gonna walk him into your home, or are you gonna get him out? It’s highly politically charged and it’s a game that is right for the Telltale experience.”

Are you looking forward to jumping into Telltale’s upcoming series? Let us know in the comments below!