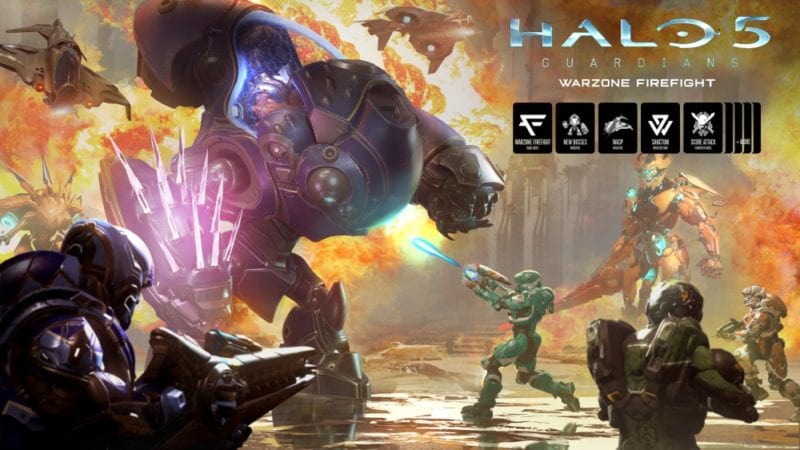 Today via Xbox Wire, Microsoft has finally announced the day that the long-awaited Warzone Firefight update will arrive in Halo 5: Guardians. The eighth free content update for Guardians will hit June 29, just in time for the game’s 50% discount over the weekend. The game will also be playable from June 29 to July 5 as part of Xbox’s “Free Play Days.”

The update’s biggest addition, Warzone Firefight, finally brings a beloved Halo mode to the newest installment; enabling friends to team up and take on an endless horde of the game’s biggest and baddest in round-based survival. But this is hardly the only new goodies that are a part of this update. The game will also receive three new maps: Attack on Sanctum (Warzone), Prospect (Warzone Assault), and Molten (Arena). So, three new maps, but essentially one new map per primary game mode.

A more curious bonus as a part of this update is a new mode for the Guardians campaign: Score Attack. A returning mode from past Halo games, Score Attack allows cooperative players to compete with each other throughout the campaign in a display of “style and flourish.” If this means what it meant in previous games, then points will be based off the way enemies are killed much more than a simple kill count. The update also adds new REQ items, as has every other update, like the Cinder and Cyclops armor sets and new Covenant vehicle variants.

What do you think of this sizable Halo 5 update?