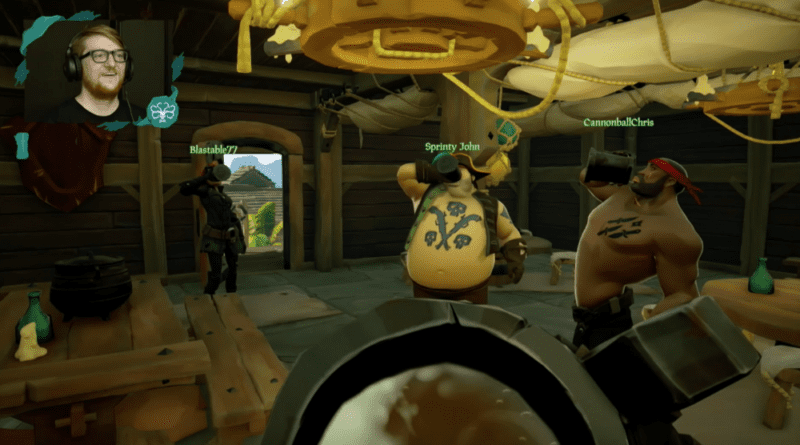 At the Microsoft E3 2016 conference today we got our first look at gameplay for Rare’s new game, Sea of Thieves. Sea of Thieves takes everything we think is amazing about being a ruthless pirate and adds a crazy amount of teamwork making for endless hilarity. In the gameplay trailer, we see a large group of pirates make their way onto an island and after taking a moment to top off their achievement with some very in-character booze, proceed to thoroughly fail at working together as a team. In Sea of Pirates your ship is your lifeline, but also your folly. It looks as though ships can take damage and will require the team to repair them, lest they fall deep into Davy Jones’ Locker. Much of the game seems to require a vast amount of teamwork in both manning and steering the ship, but also in combat as well. Also, you can steal ships. How awesome is that? You can check out the gameplay trailer below.

Sea of Thieves cropped up at last year’s E3 show as part of Microsoft’s strong lineup of exclusives. Little was revealed about the game beyond tropical settings and pirate ships – and its star developer, Rare, of course. A little later in July, Microsoft’s Corporate Vice President Kudo Tsunoda said it would be one of the best game’s Rare has ever made. Sea of Thieves will be made available for the Xbox Play Anywhere program allowing players to purchase one copy of the game and receive it for both Xbox One and Windows 10 platforms.

“I think what you’re gonna see in Sea of Thieves as we go forward and start talking more about the game,” said Tsunoda, “is how Rare is enabling that kind of player-generated emotional and memory-driven stories that can happen within a game to happen within Sea of Thieves. And I think that’s what Rare does well. That’s what we’re going to keep having them doing in the future and Sea of Thieves is gonna be the best game that Rare has ever made.”

Let us know if you’re prepared to take to the seas, and for all your E3 news, previews and other coverage, stay tuned to Twinfinite.