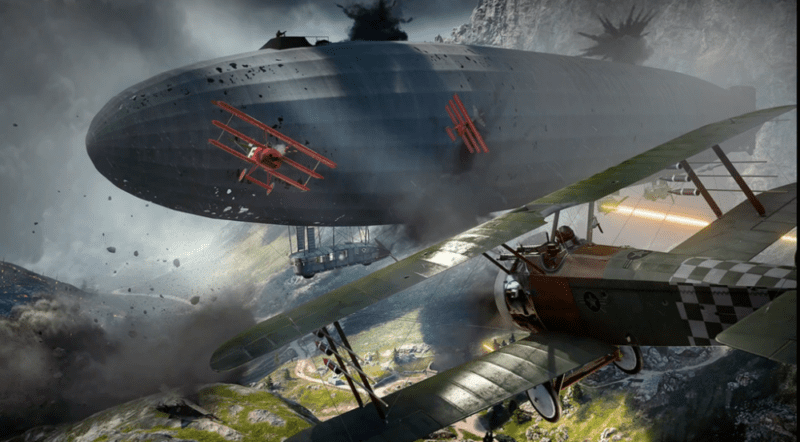 EA revealed a new trailer for Battlefield 1 that showcased the weather system and aerial combat, at their EA Play conference.

Dice’s new game will be a dynamic experience where no two battles are the same. There will also be a new weather system that will change battles as they happen.

The gameplay trailer gives players a taste of “war on an epic scale, with 64-players engaging in some of the largest multiplayer battles in FPS history.” You can see it below.

During the announcement, it was also revealed that an open beta will be coming this summer, to give players a taste of Battlefield 1.

Battlefield 1 was announced not too long before E3, and to worldwide joy. The game’s trailer quickly became the most liked trailer on YouTube history, with fans lauding the choice to revisit World War 1. It’s all a bit comical considering EA was initially afraid WWI was not known enough to make a game about it interesting to the general public.

At the global reveal event, the team shared that Battlefield 1 will feature brutal melee combat and era-appropriate vehicles like biplanes, horses, battleships, and zeppelins. They also explained why the game is titled Battlefield 1, despite there being over ten Battlefield games before it.

“With Battlefield 1,” said EA CEO Andrew Wilson, “we’ve set out to deliver the biggest and most innovative Battlefield game ever, with a deep story and unprecedented variety in the gameplay powered by our Frostbite engine.”

Let us know if you’re excited for Battlefield 1 in the comments below, and for more E3 news, previews, and other random coverage, stay tuned to Twinfinite.