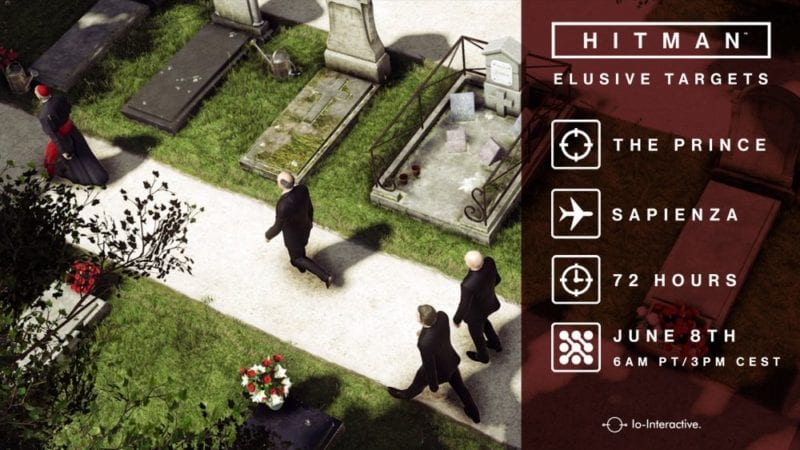 The Hitman episodic game’s third Elusive Target will go live on Wednesday, June 8. In case you’re not in the know, these Elusive Targets are special assassination targets that will appear in your game for a very limited amount of time, and players will have to hunt them down on their own, without any assistance.

“At 15:00 CEST / 06:00 PDT on Wednesday 8th June, we’ll update the Elusive Target tile on the Featured Hub in-game and the contract will be live. Make sure you’re ready, because The Prince will only be in Sapienza for 72 hours and there won’t be any second chances.”

Don’t forget that you’ll only have one shot at taking down your target. If you die, you will fail the contract and won’t be able to retry the mission. So basically, make sure you bring your A-game before the Prince appears this week. Will you be trying your hand at hunting down Hitman’s third Elusive Target this week? Let us know in the comments down below.