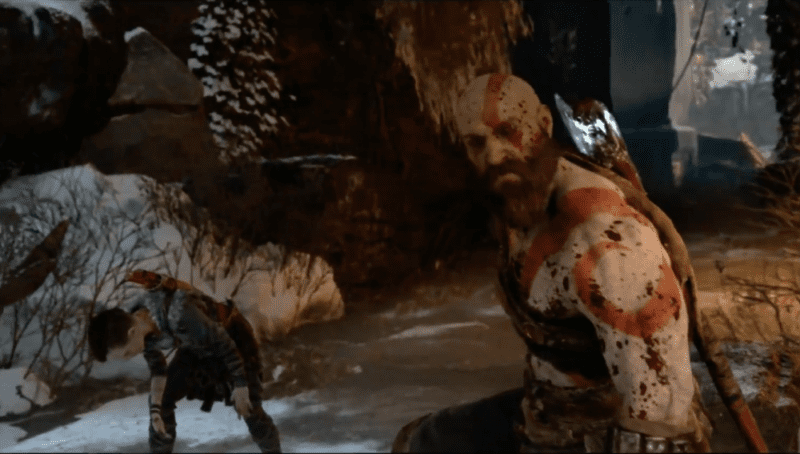 It’s the last E3 conference of the night, and Sony kicked theirs off with an amazing orchestra that revealed our first big game of the night: God of War 4 (currently, it just shares the title of the original game). The demo kicked off with a young boy being given his mother’s knife, at which point, his father is revealed to be Kratos, or at least someone who looks like him. This Kratos (apparently voiced by Clancy Brown and named Arciet) brandishes an axe in favor of his classic Blades of Chaos.

Arciet and the boy travel through the woods in search of food, eventually finding themselves in the path of mysterious, glowing creatures. The elder warrior uses his axe to slice and crush them to pieces, and the journey for food continues. Suddenly, another monster ruins their hunt. With some assistance from the boy, he’s able to access his Spartan Rage and crush the beast’s into the dirt. The two manage to kill it, but not before Arciet gets an arrow in the shoulder.

The two find their deer and the boy puts an arrow in it, providing food for the two. Both of them deliver the killing blow to take the animal out of its misery. The demo ends with a wide shot of father and son looking at the vast horizon as a dragon soars overhead.

God of War 4 comes to the PS4 next year.