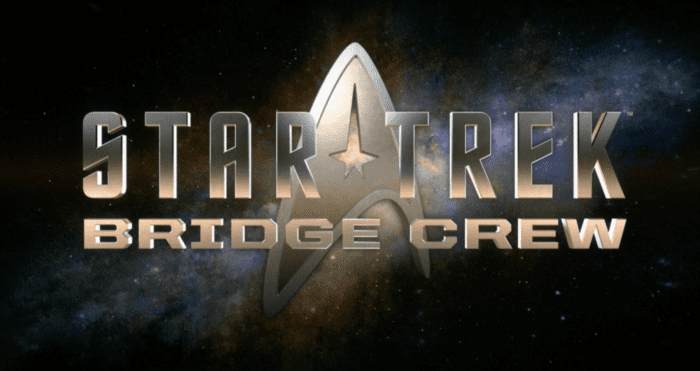 E3 is in full swing and over the last few days we’ve seen loads of great looking games. One game in particular that will have excited Star Trek fans is Star Trek: Bridge Crew, a VR game which will allow players to take command of their own ship.

In the reveal, Ubisoft showed off Star Trek actors Levar Burton, Karl Urban, and Jeri Ryan playing the game for themselves. As the video shows, friends can get together and fly their own ship, each having to perform their own duties to keep the ship flying. Players will need to keep an eye on things like shields, weapons and engines.

Exploring deep space will be one of the highlights of the game but, as we all know, sometimes things get violent in Star Trek. Players will be able to fight other races such as Klingons and will have to work together to survive. Will you have what it takes to be a great captain?

After the trailer played, Aisha Tyler then interviewed Levar Burton who spoke about how players working together can make all the difference and how immersive the game feels. This could well be the closest thing we’ll ever get to actually be a member of the Star Trek crew.

Blizzard Once Prototyped a Hearthstone VR Game
By Aaron GreenbaumJanuary 27, 2020

Ori and the Will of the Wisps Has Gone Gold
By Keenan McCallJanuary 28, 2020

What If Breath of the Wild 2 Looked Like the Link’s Awakening Remake?
By Greysun MoralesJanuary 28, 2020

Pokemon Home Looks Better Than Expected, but the Premium Price Is Too High
By Rebecca StoneJanuary 28, 2020

You Voted & Our Readers Think Video Game Delays Are Mostly Nothing to Worry About
By Greysun MoralesJanuary 28, 2020