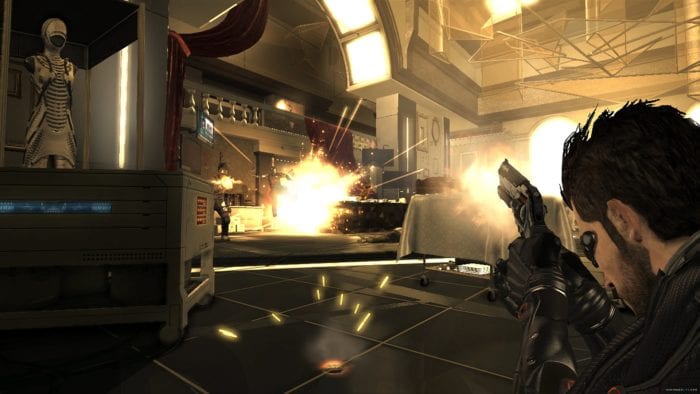 The “Pre-E3 Showcase” is a streaming event beginning at 11:30am EDT (4:30pm BST) on Wednesday, June 8; one week before the official E3 show kicks off.

The show will include a brand new gameplay demo from the hotly-anticipated action-RPG developed by Eidos Montreal, which will also feature on the E3 floor a week later.

In addition to Mankind Divided, the stream will be showing off a “first look” at “new projects” in the Deus Ex universe, so expect to perhaps see new game reveals during the online show, which you’ll be able to watch live on the Deus Ex Twitch channel.

Square Enix have already announced their plans for E3 itself, which will include demos of Final Fantasy XV, Hitman and Star Ocean, alongside some “exciting” new Tomb Raider news.

Deus Ex: Mankind Divided is set to release this August 23rd for PS4, Xbox One and PC. You can check out the most recent live action trailer for the game here.