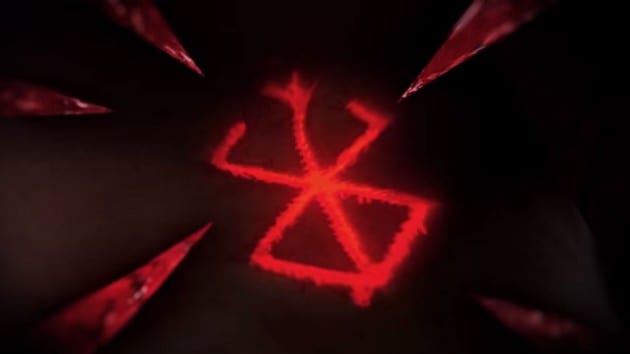 Koei Tecmo and Omega Force teased a mystery game a week before E3, and that game turned out to be Berserk. I spoke with a rep from Koei Tecmo and they stated that more information about the game will be coming on June 23. However, it looks like the game’s Japanese release date has already been leaked.

Thanks to Twitter user Earlbox, we got to see a photo of a store flyer announcing the game’s Japanese release date: September 21. He also tweeted out a scan of some in-game screenshots, giving us our first look at the game outside of the teaser trailer.

Berserk is set to be released for the PS4, PS3, and PS Vita on September 21 in Japan. The game has also been confirmed for North America, and will be coming to the PS4, PS Vita, and PC. While Koei Tecmo and Omega Force weren’t able to tell me more about the game during E3 last week, they did mention that cross-save between the PS4 and Vita versions of the game will likely be supported.