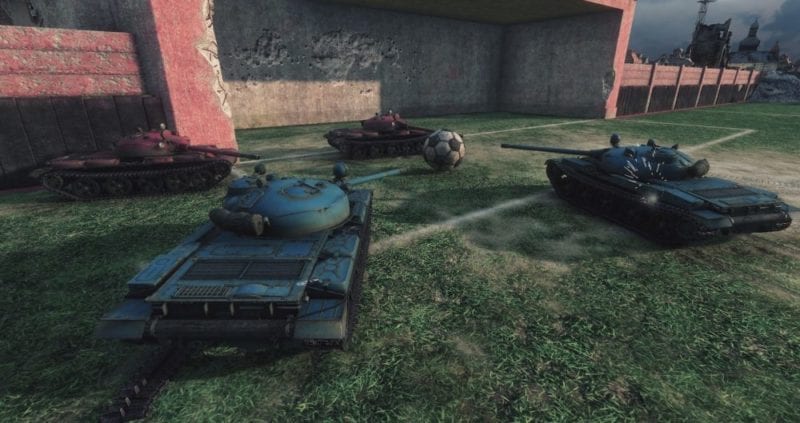 Soccer returns to World of Tanks with Tank Football 2016, set to kick off June 10 and run the remainder of the month. A 3v3 game mode featuring the mode-specific T-62a Sport tank, Tank Football brings a touch of armored warfare to the field.

At the start of the event all players will receive a free garage slot, along with the T-62a Sport. Players can then use a range of customization options, including flags and emblems for their favorite national teams. The event overall will feature three arenas: Himmelsdorf Arena, Stade Eiffel, and Old Tankford.

While Wargaming has announced the event for Europe and Asia, there is still no word on if it will come to North America.

To add a bit more competitive fire to the event, World of Tanks is also hosting a Tank Football tournament. Registration opens June 1 and will last until June 15. The members of the four best teams will each receive a free year of premium membership and a Type 59 tank. They will then have the chance to compete against the four best CIS teams for a chunk of a $5,000 prize pool.

Does summer get you in the mood to stay inside and experience your sports down the barrel of a tank? Don’t worry, you aren’t alone. Are you excited for the return of the event? Let us know in the comments.