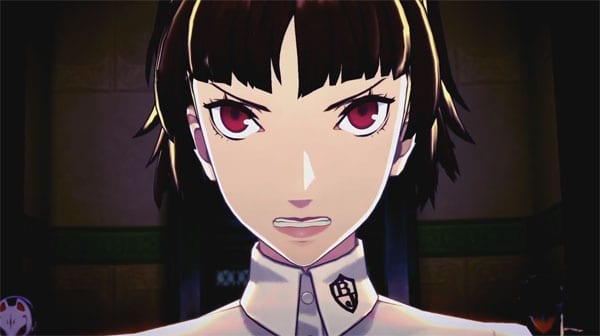 Last week, Atlus showed off a new Persona 5 trailer that revealed the existence of additional party members. This week’s issue of Famitsu contained some new character details for these unfamiliar faces, giving us an idea of what their personalities are like in the game. Thanks to Gematsu, we now have a rough translation of the details given in Famitsu, and they’ve been listed below:

A third-year student in the same high school as the protagonist. She is the student council president and a person of irreproachable conduct. She has a strong sense of responsibility, and while a woman of action, she is a super serious and straight-laced honors student who doesn’t give in to compromise. Her starting Persona is Johanna.

A girl with superhuman computational abilities and ingenius programming capabilities. She is a first-year student in high school, but on top of lacking skill at communicating with her peers, she became a shut-in after a certain incident. Her starting Persona is Necronomicon.

A third-year high school student and the daughter of the president of a major restaurant company. She is elegant and naive, but because she watches people often, has good communication skills. Her starting Persona is Milady.

Persona 5 is set to be released for the PS3 and PS4 on September 15 in Japan. A western release date has not yet been announced, but Atlus has promised to talk more about the game during the E3 conference in Los Angeles this June.