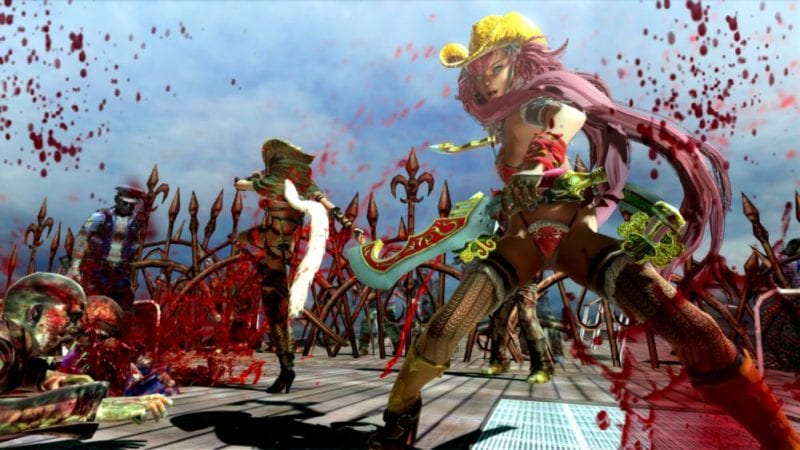 Onechanbara Z2: Chaos was originally a PS4 exclusive, but it looks like it’ll be getting a PC port via Steam tomorrow. The game showed up on the Steam store today, and it’ll also have all of the game’s DLC available at launch. Here’s the official game description via Steam:

“Kagura and Saaya are schoolgirl sisters raised together by the Vampiric Clan, and rank among their strongest warriors. Aya and Saki are assassin sisters descended from the rival Baneful Bloodline, and represent their lineage with esteem. Now, these four must learn to fight together against an undead army. Brought under one banner known as the “Zombie Punitive Force,” these blood enemies will have to reach a mutual understanding in order to save the world as we know it. And as long as they’re working together, they might as well do it in style…”

Players will get to engage in real-time swordplay and even get to transform into demons. The game will also allow you to choose between the original Japanese voices and the English dub.

Will you be picking up Onechanbara Z2: Chaos when it drops on Steam tomorrow? Let us know in the comments down below.