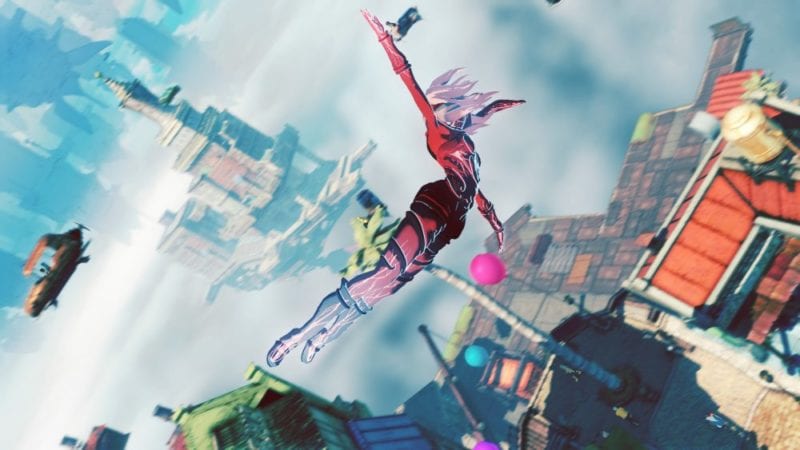 IGN got to check out a demo of Gravity Rush 2 ahead of E3, and has published a written preview on the site, along with some new pretty screenshots. According to the preview, one of the biggest additions in the sequel is Kat’s ability to equip Talismans. They essentially give you perks, and can do things such as making your gravity gauge decrease slower. There’s also going to be a new mining mode in Gravity Rush 2 where you’ll be able to obtain these new Talismans.

The preview mentioned that the start of the game will actually see Kat losing her gravity powers, and she ends up having to worked in a poor mining town, which is where the mining mode comes in. Also new to Gravity Rush 2 is a challenge mode where you can compare race timings and scores with your friends; ghosts or spectres of your friends’ characters will also appear alongside you when you’re racing with them.

Creative director Keiichiro Toyama also promises that Gravity Rush 2 will contain a lot of side missions – something which the first game lacked – and he’s also mentioned that the map size of the sequel is 2.5 times that of the original game’s. That’s pretty impressive. You can check out some of the new screenshots in the gallery below.

Gravity Rush 2 is set to be released exclusively on the PS4 some time this year.