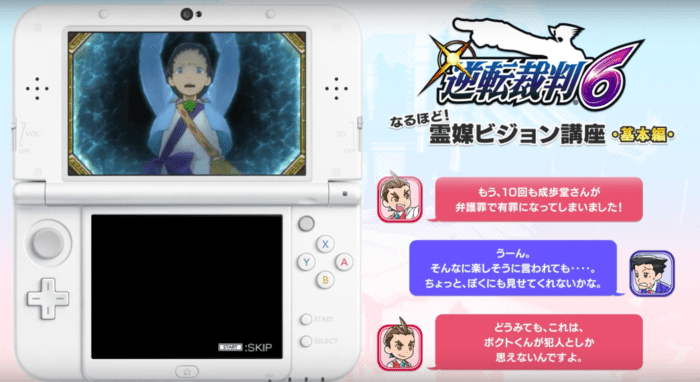 Capcom has released yet another introduction video for Phoenix Wright: Ace Attorney – Spirit of Justice. As the sixth game in the series, this entry will introduce a new mechanic called Seance Vision, where the spirit mediums of Kurain Village can show you the last moments of a victim’s life to help you build a case for your defendant.

In this video, we get a glimpse of how this mechanic works in-game. Players will have to look out for contradictions and discrepancies between what is shown in the visions, and what is presented in testimonies by the witnesses. It’s a pretty interesting mechanic overall, and the ability to get a glimpse into a victim’s life should add a new layer of complexity to the series’ courtroom gameplay.

Phoenix Wright: Ace Attorney – Spirit of Justice is set to be released some time in September for the Nintendo 3DS in North America in Europe. The game will be available digitally via the eShop.What do you think of the Seance Vision mechanic? Let us know in the comments down below.