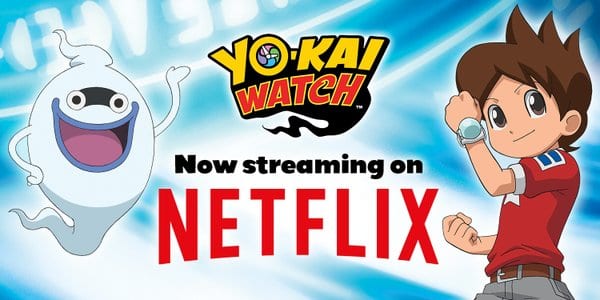 The popular Disney XD show, Yo-Kai Watch is now available to stream on Netflix for those in Canada, USA, Australia and New Zealand. Netflix has added the first season with all twenty-six episodes included. As of right now, there remains only the English dub without an option to change to the Japanese version, which is unlocalized and uncensored.

Yo-Kai Watch is the anime based on the popular manga and video game series by the same name, which has gained popularity in Japan and was eventually released in the West.

It’s possible Netflix only kept the English version due to the unlocalized version possibly affecting the maturity rating. But, like most other anime that intended for a younger audience, the English audio is all that we will get. Regardless, fans everywhere should prepare to binge-watch the entire season like they were always meant to.