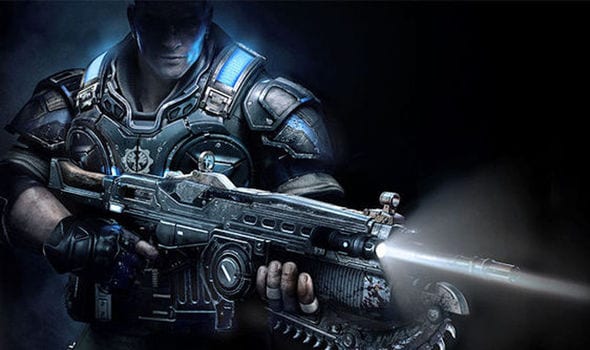 Tonight during the season premiere of Fear the Walking Dead, The Coalition and Microsoft debuted a new CG trailer for Gears of War 4. Check it out below.

Set 25 years after the end of Gears 3, players will take on the role of JD Fenix, son of Marcus who ends up running away from home with his friend Del. Together, the two of them and Kat end up having to search for Kat’s missing mother and fellow Outsiders, who have all been captured by a new breed of mysterious enemies called The Swarm. The Coalition has made it clear that they want to return to the horror roots of the first game, hence the tagline “The Nightmare Reborn”. Given the appearance of some of the Swarm enemies introduced thus far and the emphasis on the nighttime missions, they have certainly succeeded. Oh, and the planet’s weather totally hates you as well. Joy!

Gears of War 4 slices and curb stomps its way to the Xbox One on October 11.