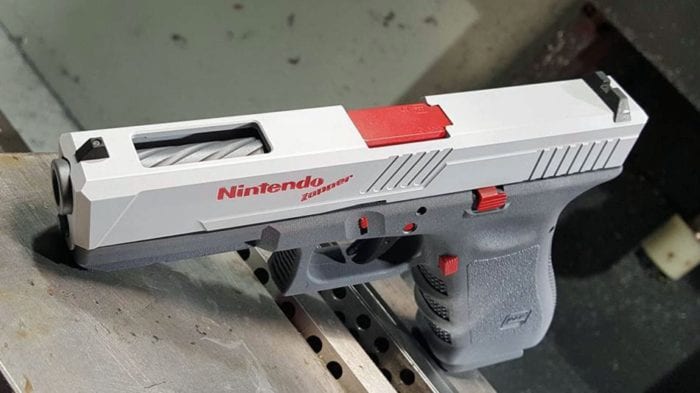 Precision Syndicate, a custom firearms manufacturer in Texas, has created a Glock handgun based on the design of Nintendo’s famous peripheral, the Nintendo Zapper.

The peripheral was a light gun that shipped with the NES in the 1980s and has an iconic design, well known for being used for the Duck Hunt game.

Writing on their Facebook page, Precision Syndicate said: “We weren’t the first to do it, but WOW, this glock turned out good.” They also posted some photos, showing the design of the handgun sporting the Zapper’s well-recognised design, including the red Nintendo logo emblazoned on the side.

The comments the handgun received on Facebook were mixed, with some claiming it to be ‘tasteless’ to mix a toy with a real-life weapon, with one commenter saying: “I think it’s irresponsible to make a gun look like a toy.” Others felt the customization was, overall, harmless, considering the Nintendo Zapper is so old and the gun is intended for collectors.