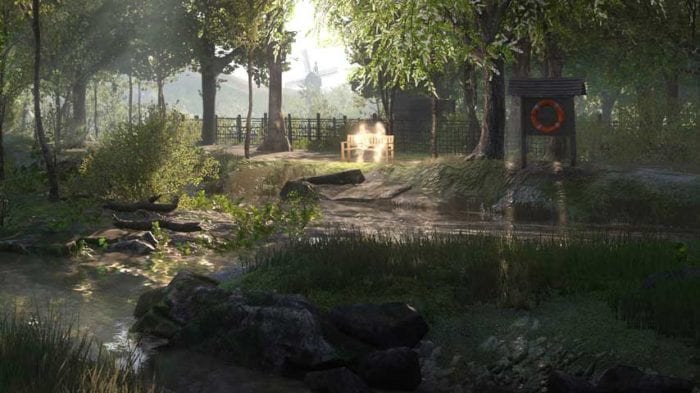 The creative director of Everybody’s Gone To The Rapture, Dan Pinchbeck, has revealed that the studio is working on porting their highly successful adventure title over to the PC.

The news was revealed during an interview with the PC Gamer where Dan Pinchbeck revealed that the developers always wanted to port the game over to the PC when he said that “We always wanted to get it onto PC as it’s kind of our home turf and we’ve got a lot of really passionate, supportive fans on PC.”

The interview also revealed that the PC version of Everybody’s Gone To The Rapture will include the ability to turn off the framerate cap, so gamers with a strong enough computer will be able to run the game at 60 fps. He also revealed that the port will include a bunch of accessibility options such as a crosshair option for players with susceptible to motion sickness and visual assists for hearing-impaired gamers. The PC port will also include support for most controllers as well as keyboard and mouse. According to Dan Pinchbeck, the reason for these inclusions was to make the game “as accessible to as many players as possible.”

Unfortunately, Pinchbeck shared that those looking forward to the game shouldn’t expect VR support for the game anytime soon, as the fact that Sony will be releasing PlayStation VR later this year would make including it too complicated.

Everybody’s Gone To The Rapture was originally released for the PS4 last August where we noted that “even with the speed issues plaguing the game, it is definitely an experience worth walking through. The mystery surrounding the disappearances, and the hearts pulled into the gripping narrative are well-thought-out and beautiful, in an eerie way.”

So are you excited to hear that Everybody’s Gone To The Rapture is coming to the PC? Let us know in the comments below.