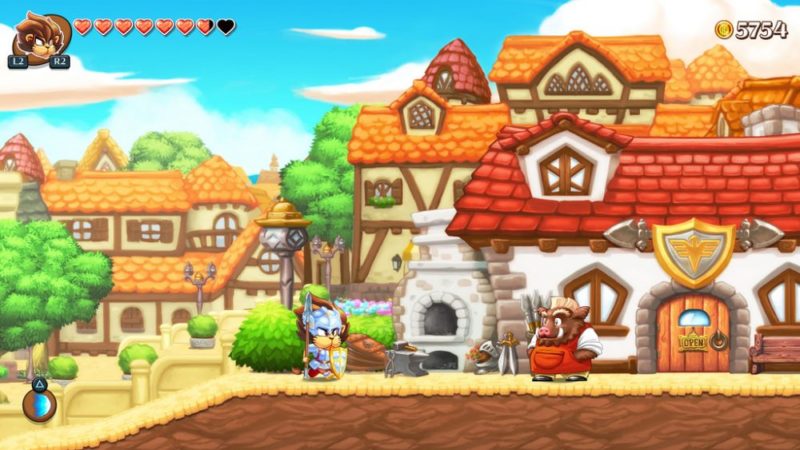 In celebration of the 30th anniversary of the Wonder Boy series, creator Ryuichi Nishizawa is teaming up with FDG Entertainment to create a new game for the PlayStation 4 called Monster Boy.

The news comes via a post on PlayStation blog by Thomas Kern, Producer at FDG Entertainment. The German developer and publisher is responsible for a number of downloadable games focusing mainly on iOS and Android devices. However, the team is now teaming up with Wonder Boy’s creator, Nishizawa, to revive the series with Monster Boy.

The game is set to launch later this year on PlayStation 4 and aims to retain the class Metroidvania style of gameplay that the series was well known for.

“We loved Wonder Boy III: The Dragon’s Trap a lot for its transformation feature, so we took it as the biggest inspiration. Monster Boy continues the colorful, side-scrolling adventure tradition with a character who can transform into different animal forms to solve puzzles and proceed in a connected (open) game world.”

Having Nishizawa on board with Monster Boy has granted FDG Entertainment access to the entire library of characters, graphics assets, sounds, and music from the entire Wonder Boy series. FDG and Nishizawa intend to create a new experience targeting 1080p at 60 frames per second with beautiful hi-res 2D visuals. With the advances in technology since the last entry in the series was released, the developer intends to give classic music and characters with a fresh lick of paint.

FDG aims to have finished the game production by the end of Q2 2016, with an exact release date for Monster Boy coming up following this.

Are you excited for the return of the Wonder Boy series? Let us know in the comments below.