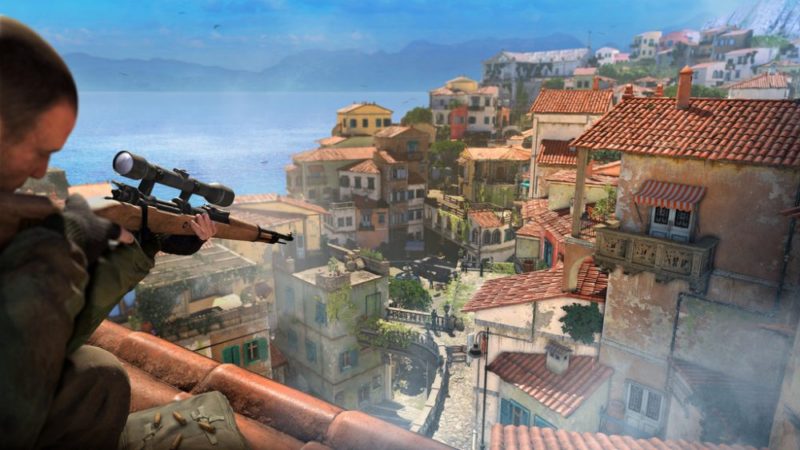 Rebellion Studios has announced that Sniper Elite 4 will be coming to PlayStation 4, Xbox One, and PC later in 2016.

The news was announced via the game’s official twitter page, accompanied by an announcement trailer.

Sniper Elite 4 will take place in Italy, in 1943, directly after the conflict featured in Sniper Elite 3. The trailer focuses on covert agent Karl Fairburne, who has been dropped onto the Italian peninsula for what starts out as an assassination mission.

Jason Kingsley, Creative Director and Co-founder of Rebellion, shared some information on the game on the PlayStation Blog. He has stated that Sniper Elite 4 is ‘the first in the series to be developed from the ground up for PS4,’ after the release of Sniper Elite 3 for both last-gen and current-gen consoles. He continued by offering some background information on the game and some more details about the announcement trailer.

Sniper Elite 4 is scheduled for release on PlayStation 4, Xbox One, and PC later in 2016.