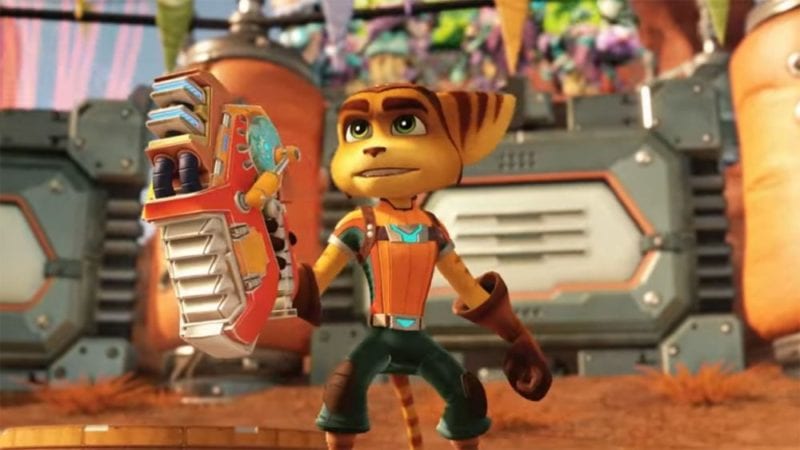 A story trailer for the new Ratchet & Clank game has been uploaded to the PlayStation YouTube channel, getting fans ready for the release on April 12.

The trailer is shown from the view of Captain Qwark, one of the villains in the game series. He introduces Ratchet, the main protagonist, and later on shows his robot sidekick Clank. The relationship between the two characters are shown, with Captain Qwark wanting to punish them for stealing his limelight. You can watch the trailer for yourself below.

The game comes out the same month as a Ratchet & Clank movie, which is based on the original game that released on the PlayStation 2 in Nov 2002. The end of the trailer mentions that the movie will be coming to theaters April 29.

If you preorder the game for the PlayStation 4, you will get access to The Bouncer, which was part of Ratchets arsenal in Ratchet & Clank: Going Commando. What everyone will have access to is a mix between new weapons, and weapons from the previous Ratchet & Clank games.