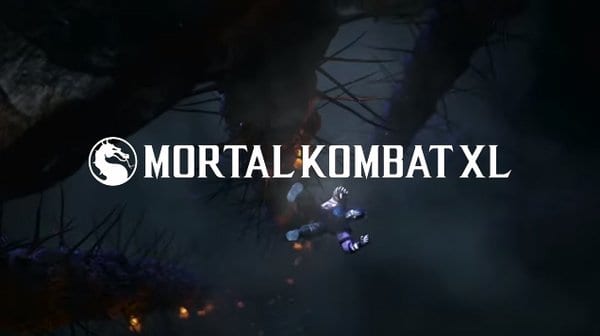 It would appear that NetherRealm Studios isn’t done with Mortal Kombat XL just yet. Earlier today, Ed Boon, Director of Mortal Kombat X and series Co-Creator, tweeted out a teaser for an announcement tomorrow.

While not much is revealed, there is something interesting within the image that Ed Boon shared. Seen behind the title of the game is a falling ninja wearing purple. The only ninja from the series who dons that particular shade is Rain, the demi-god servant of Shao Khan. This fact has led to several comments on the tweet speculating that a new character pack could be revealed including the purple clad character. Unfortunately, that was quickly put to rest by another tweet.

"@McCarron@noobde So would you way rain is in the forecast?"
EB: No.

With Rain not being a new character, there is no telling what this mysterious message could possibly mean. Fans will have to wait until tomorrow to see exactly what’s stirring within Mortal Kombat X.