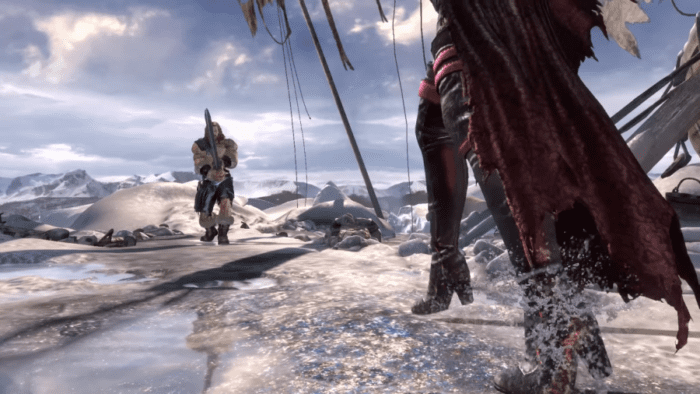 With a strange and eclectic cast of characters that keeps on growing, the latest game in the Killer Instinct franchise is pure pandemonium, and we mean that in a good way. With several third-party characters confirmed to be joining the fray, there are still some unannounced characters in the pipeline, including one that has not yet been shown: Mira.

On the Killer Instinct YouTube channel, a new trailer revolving around DLC character Tusk was released. One nice surprise at the end of the trailer, though, is a teaser unveiling the yet another DLC character to continue piling onto the already colorful cast of characters. Take a look:

Mira the Vampire seems like she’ll be a suitably wacky addition to the Killer Instinct roster. While footage of her is still scarce, it could be safe to assume that she’ll be take on a very close-combat fighting style, performing unique grabs such as the one seen in the trailer, doing whatever she can to get that fatal bite on her opponent’s neck. Plus, I’m totally getting Fairuza Balk in The Craft vibes from her, which is great.