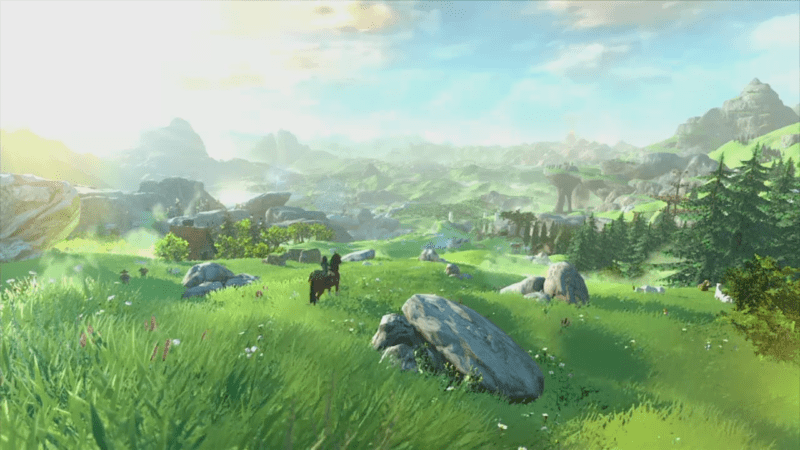 Every Legend of Zelda fan has been clammoring for the release of the next title, which is slated to come out for the Wii U. Last we heard, the game had been delayed, moving from what was a seemingly 2015 release date to a 2016 release date. In a recent issue of Famitsu magazine, there was an interview with series producer Eiji Aonuma, and they talked a little about the game that is still in development. When asked about how things were going with the game, his only response was “busy”. He then talked a little about the game, and what he’s doing on it:

“When we did Skyward Sword for the Wii, at the end stages of development, I was in charge of the characters’ dialogue and the in-game text. And, now as well, it’s like it was then. I had to work on text today, too. But, the game has really taken shape, and things have gotten easier. That means things are progressing well.”

In the interview, the main focus seemed to revolve around the new Zelda game being ‘something new’, and that ‘players will be surprised’. He uses Ocarina of Time as an example, since Ocarina was the first title that changed the Zelda-game demographic, taking us from 2D into 3D, and adding a somewhat open world element, for its time at least. “I think the base of our secret sauce has always been Ocarina of Time. But this time, the change in flavor will be like going from Japanese food to Western style food. Perhaps, players will be surprised.”

He then asks Zelda fans to “Please look forward to it”, and that hopefully, it will be “something new like Ocarina of Time was”.

What do you want to see from the next Legend of Zelda title? Are you happy that the game may be going in a new direction, or do you like the Zelda formula as is?

These 12 Zelda Dungeons Are Simply the Best; Don’t @ Me