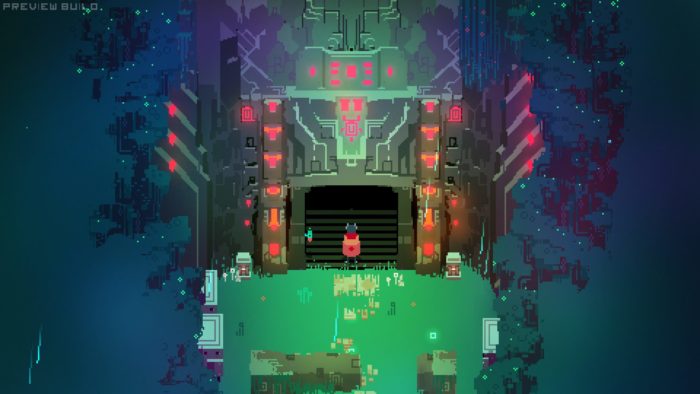 The news comes via an update on the Kickstarter page that helped turn the game into a reality. Hyper Light Drifter will be coming to PC and Mac on March 31, however, console owners will have to wait a little while longer as the PlayStation 4 and Xbox One versions were described as “coming soon” in the latest trailer included below.

The game was originally successfully crowdfunded back in 2013 via its Kickstarter page where it was backed by 24,150 backers pledging $645,158 to the project. The game was originally scheduled to release in 2014 but was delayed multiple times. The delay into late 2014 was scrapped before a “Spring 2015” window replaced it. Finally, Heart Machine have settled on March 31 as the release date.

The game’s Steam store page is now live, with the description of the game as follows:

“Echoes of a dark and violent past resonate throughout a savage land, steeped in treasure and blood. Hyper Light Drifter is an action adventure RPG in the vein of the best 16­bit classics, with modernized mechanics and designs on a much grander scale.

Drifters of this world are the collectors of forgotten knowledge, lost technologies and broken histories. Our Drifter is haunted by an insatiable illness, traveling further into the lands of Buried Time, hoping to discover a way to quiet the vicious disease.

• From each character to subtle background elements, everything is lovingly hand-animated.
• Easy to pick up, difficult to master; enemies are vicious and numerous, hazards will easily crush your frail body, and friendly faces remain rare.
• Upgrade weapons, learn new skills, discover equipment and traverse a dark, detailed world with branching paths and secrets abound.”

Have you been waiting for Hyper Light Drifter? Did you back it on Kickstarter? Let us know in the comments below.