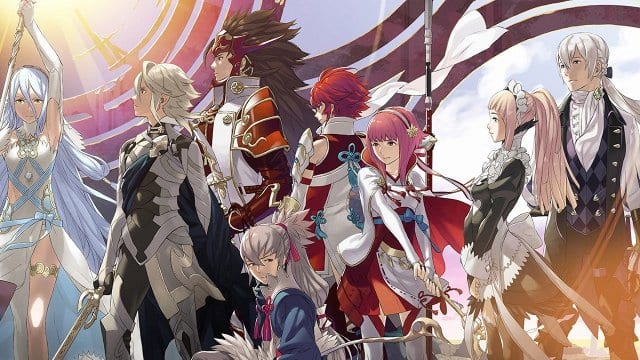 Love playing Fire Emblem Fates? You’re probably in love with the soundtrack too, and who can blame you? It’s pretty dang awesome. Luckily, you’ll be able to own the soundtrack pretty soon, at least if you’re in Japan. And get ready to switch CDs often, because all 134 tracks will be spread across eight discs.

Along with the music–which is made up of tracks from My Castle, the DLC, amiibo, vocal tracks, and both instrumental and vocals–there’ll be a DVD that includes all three anime openings from the game, plus character cutscenes, and both versions of the Aqua singing cutscenes. Just like the game, they certainly want to give you your money’s worth.

All of this will come to Japanese fans on April 27, in Digipak style packaging and an illustration by Yusuke Kozaki. First prints will include two badges, and all prints will have a 24-page colored booklet. It’ll run folks 6800 Yen. As far as when other Fire Emblem Fates fans can get the soundtrack, that hasn’t been revealed, but when it has, we’ll let you know. Check out the gorgeous cover art below.