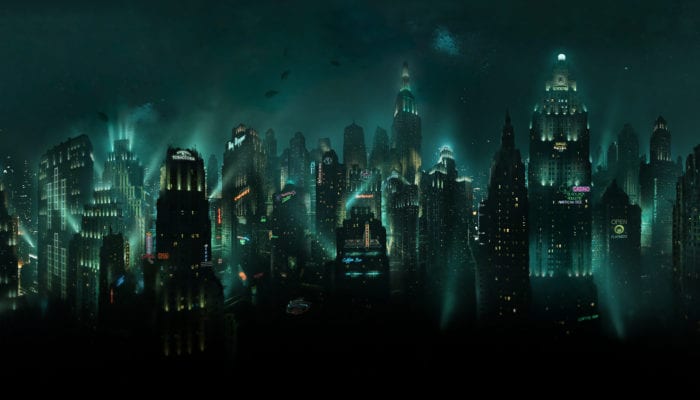 Bioshock: The Collection has been rated for the PC, the PlayStation 4 and the Xbox One by the Taiwanese Rating Board.

The game rating for Taiwan, which you can find here, is currently defined with the term “limit.” While that implies that the game would only be available for purchase for a limited age group, “violence, alcohol, improper speech” are all listed as reasons for the restrictive rating.

If this report is to be believed, there is also what looks like cover art for the game featured in the leak. The art, which you can see below, features both the underwater city of Rapture and Colombia, the city in the sky. This implies that all three games would be included in Bioshock: The Collection, as these are the two main locations featured over the course of the trilogy.